The Wolf is a significant figure in the ancient mythology and cosmology of the western world. Wolf is the emblem of a wild, mysterious and untamed spirit. In various culture all over the world is contains several different meanings, but the one thing that unites all ideas is its magnificence.

Wolves are  highly considered as the Lord of Strength, they are the hero signifying both destructiveness and an idea of savior. As only through destruction comes a new beginning, a new world. Wolf represents a different sense of security in different cultures, from being an warrior to a devil.

All these ideas of ancient world reaches to us through the works of art and literature. The physical world is carefully recorded through the strokes of colours. Paintings of wolves have always been a centre of attraction as it speaks the language of glory and mystical powers.

In Indo- European mythology, wolves portrays the symbol of Warrior, where men consisting the warrior class transforms into wolves for protecting their tribe. Thus, projecting a sense of assurance and security. Wolves were also seen as god’s messenger in some cultures emphasizing the heavenly built of the creature, not just for its physical beauty but its sense of heroism and honesty.

The painting of Briton Riviere named Aphrodite picturises the goddess of love and beauty surrounded by a group of wild animals and most prominently the wolf  beside her. It shows the loyalty of the creature towards the goddess who in turn keeping them under her spell. The most famous myth surrounding wolf is in the Roman Mythology and it has been portrayed in paintings by several artists. Romulus and Remus, 1615 by Peter Paul Ruben. Romulus and Remus are the great founders of Rome, who we left to be drowned just after they were born. It is the She-Wolf that took them in and saved them from the wild ruthless world. In Ruben’s painting the wolf is seen lying under the tree feeding one of the infants while the other plays nearby. This picture paints a motherly image of the wolf, not the conventional hero but the hero that every man needs. The same theme has been painted by Lament Agasse, where the wolf is seen literally protecting the infants by keeping them close while one is crying other is scared. The dead wolf by Jean Baptiste Oudry has thrown light to other aspects of life through the wolf. The dead wolf is seen lying beside an overflowing buffet of food, a lavish setting and ignorance for the magnificent animal portrays the image of abundance. The hunting of a wolf’s life is merely for pleasure, and all that food lying around the dead animal creates a pitiful and pathetic situation.

On the other hand, in Norse Mythology Fenir the giant wolf is considered as the God of destruction. He represents the demonic force, who was chained by Gods to save the world from his wrath. There are many Scandinavian paintings of Fenir. Therefore,the paintings of wolf suggests the disposition of good and evil within one.

If you want a museum quality oil painting reproduction of wolf paintings by famous artists, Outpost Art is one of the best places. Jazz Up Your Home With Canvas Wall Art 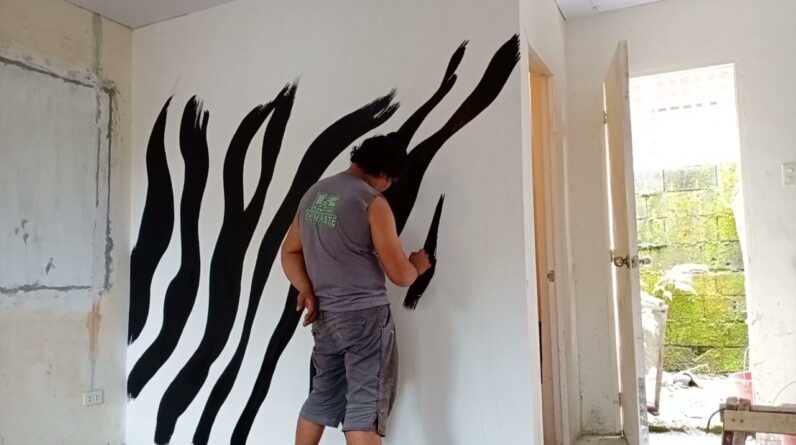 How to Make Zebra Wall Art for Your Home