Home Art FAQ What is the Oldest Painting of Jesus?

There are various theories as to the earliest painting of Jesus.

The earliest known painting of Jesus is thought to be from around the fourth century AD, and depicts the Christ at his most authoritative and youthful age. Historically, the face of Jesus is not described in the gospels, and every image of the person was based on later artistic representations. The first centuries of Christianity's growth saw a number of different versions of Christ. By the sixth century, Western images of the crucifix consistently showed Christ with long, flowing hair and a full beard.

Another old painting of Jesus was discovered in Syria in 235 AD. It depicts Christ in his youth and in his authority. This particular example depicts the young Christ with a long beard and full hair. The portrait was once located above the baptismal font, positioned in the form of a crucifix. This painting, once in the shape of a crucifix, has been sold for $475 million. 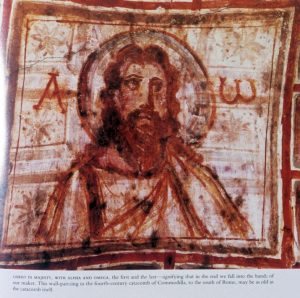